The Cloak in Mozart’s Don Giovanni

The Danish philosopher Søren Kierkegaard wrote a long essay in his book Enten – Eller in which he argues “among all classic works Don Giovanni stands highest.” Charles Gounod wrote that Mozart’s Don Giovanni is “a work without blemish, of uninterrupted perfection”, and Gustave Flaubert called Don Giovanni, along with Hamlet and the Sea, “the three finest things God ever made”.

The finale, in which Don Giovanni refuses to repent, has been a captivating philosophical and artistic topic for many writers including George Bernard Shaw, who in Man and Superman parodied the opera (with explicit mention of the Mozart score for the finale scene between the Commendatore and Don Giovanni). For the sculptor Anna Chromy it is this final scene of the play, which contains the essential questions of our life: how does our Conscience, symbolized by the empty Cloak, face up to our death.

In Mozart’s opera the Commendatore, or “Guest of Stone”, invites Don Giovanni to repent and thus save his soul. Don Giovanni’s refusal is in stark contrast to the attitude of the hero of another play, which is a mainstay of the Salzburg Festival, attended assiduously by Anna during her youth: “Jedermann” (Everyman) by Hugo von Hofmannsthal, who decides to be accompanied on his last journey by Faith and Hope.

Both plays had a decisive influence on Anna when she created the concept of her Cloak of Conscience in 1980. In 1990 a Cloak in bronze, symbolizing the Commendatore, found its place in front of the Estates Theatre in Prague where Mozart directed himself in autumn 1787 the world premiere of Don Giovanni. Happy with this first installation of many others to come, Anna nevertheless dreamed to create the Commendatore as “Guest of Stone”. A dream come true in 2010 with the completion of the large Cloak in pristine white marble from the famous Michelangelo quarry in Carrara.

The Cloak had to wait until 2016 in order to appear in person in Mozart’s Don Giovanni when the famous French actor-director Jean-Francois Sivadier asked Anna Chromy for permission to use a copy of the marble Cloak as Commendatore in his new production for the Aix-en-Provence Festival. The Opera had its premiere on 6 July 2017, followed by seven other performances. Thereafter the production travelled to the Opéra National de Lorraine at Nancy, the Théatres de la Ville at Luxemburg, and the Teatro Comunale at Bologna. The opera was recorded by French television.

It has taken Anna Chromy almost all her life as artist to see her monumental “Cloak of Conscience” finally transformed into Mozart’s “Guest of Stone”. A great satisfaction. 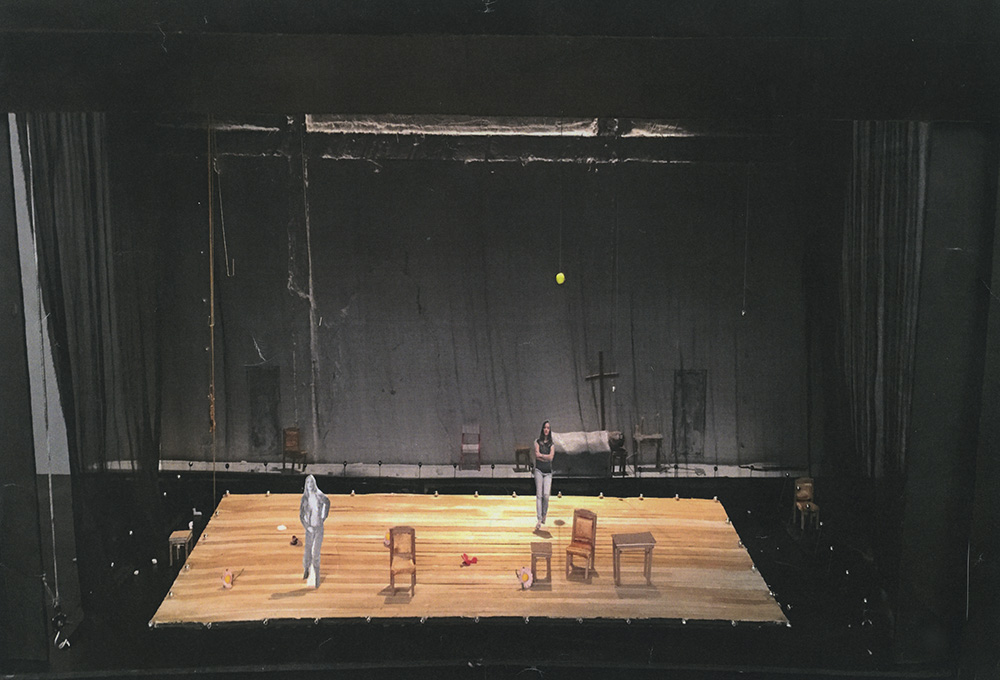 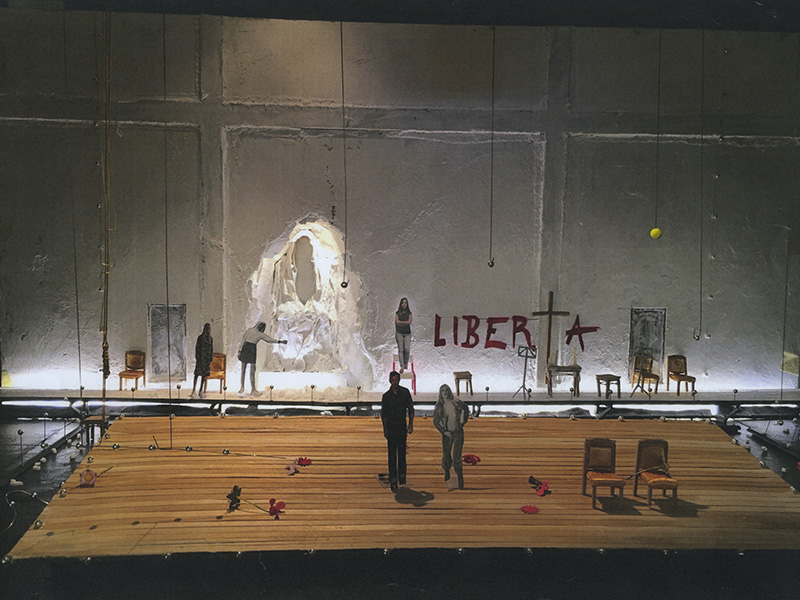 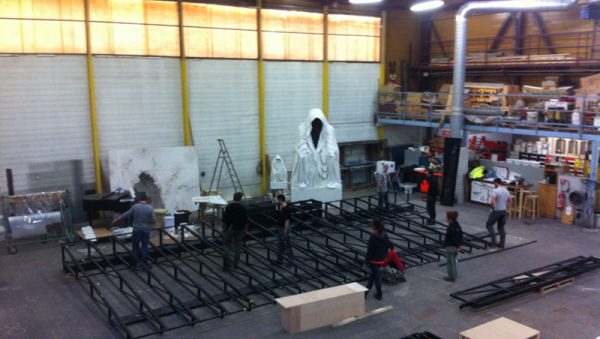 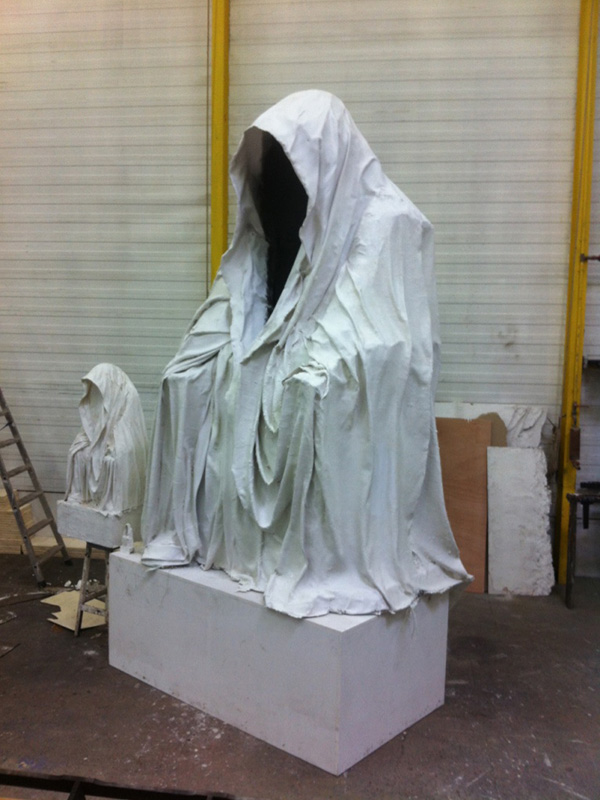 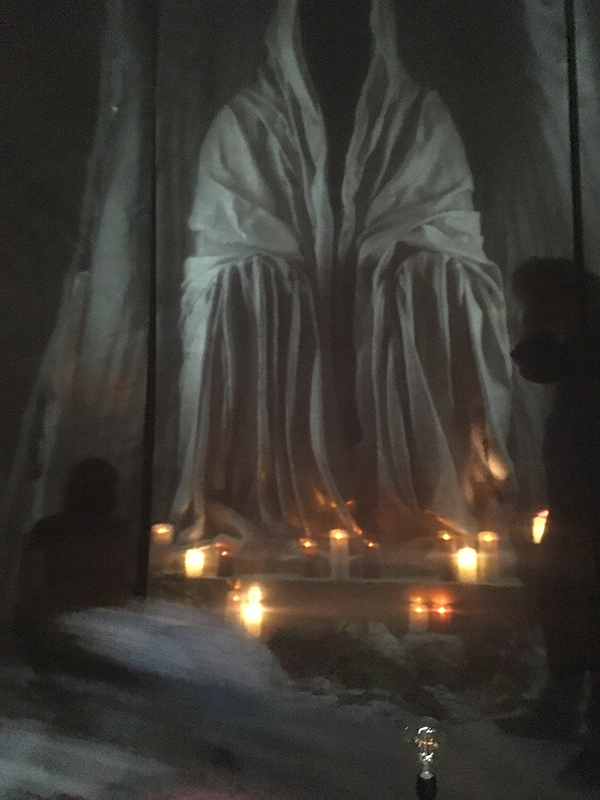 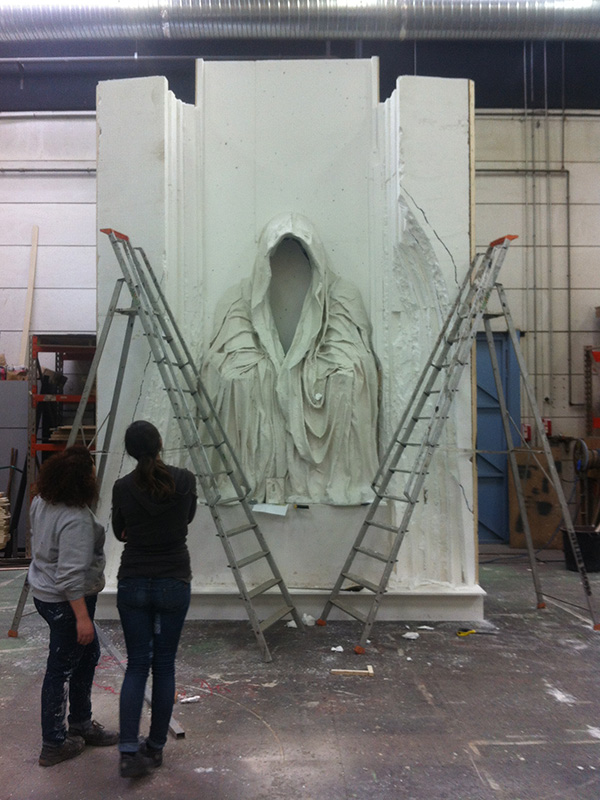 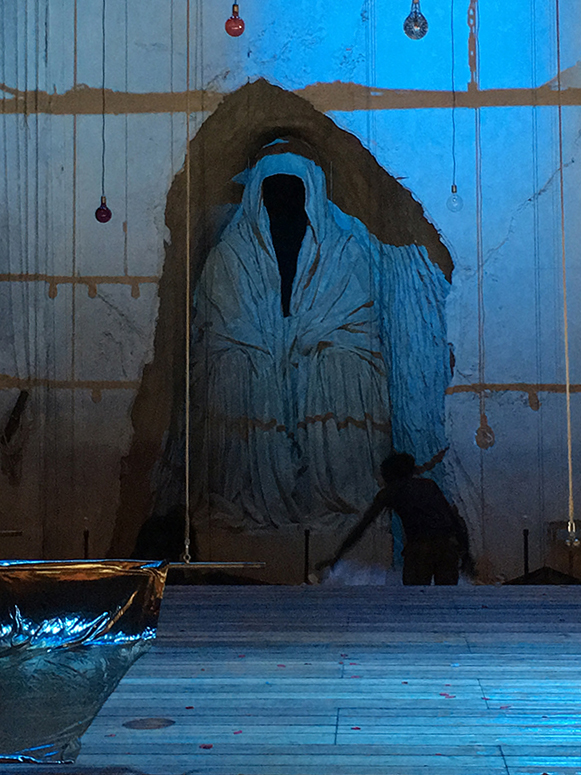 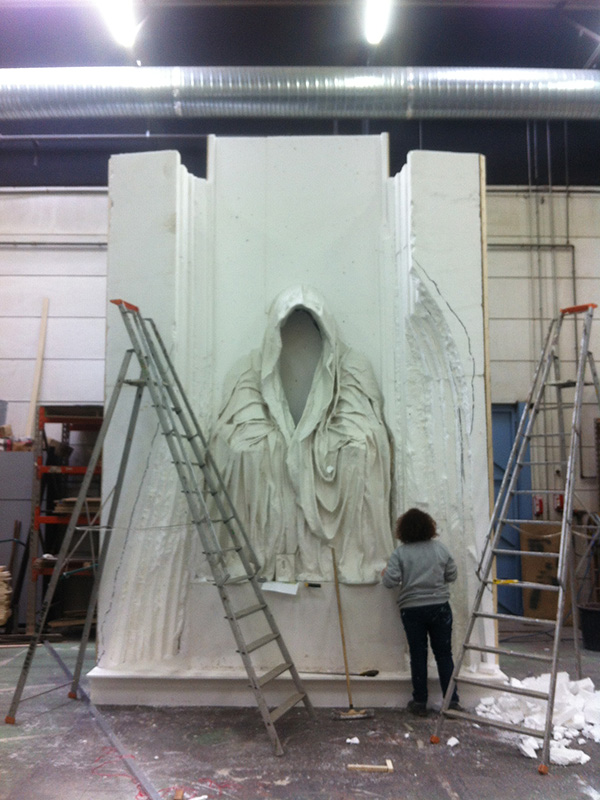 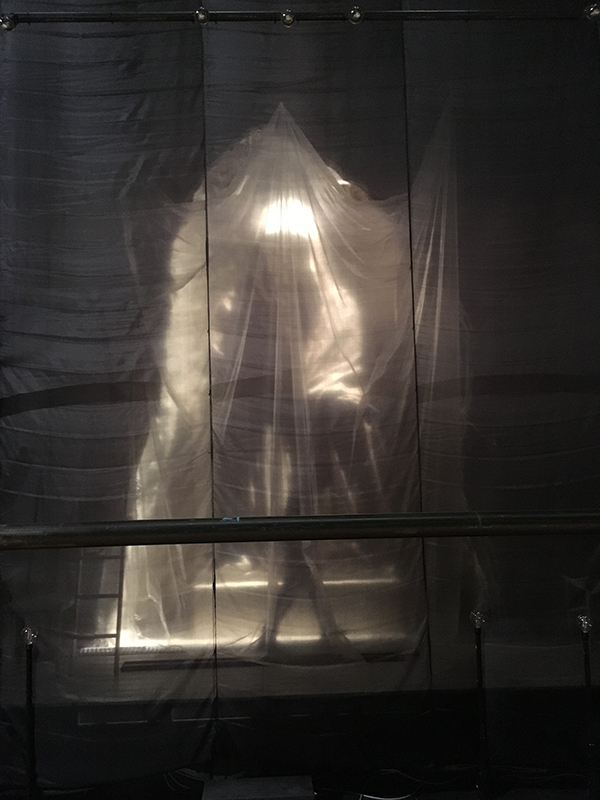 Don Giovanni in the Stavovski divadlo

In August 2021 The National Theatre in Prague staged a new production of Mozart’s Don Giovanni in the Stavovski divadlo, where Mozart directed the world premiere of his play in 1787. They integrated into the play the image of Anna Chromy’s Cloak in bronze, which guards since 2000 as Commendatore the entrance to this famous theatre. 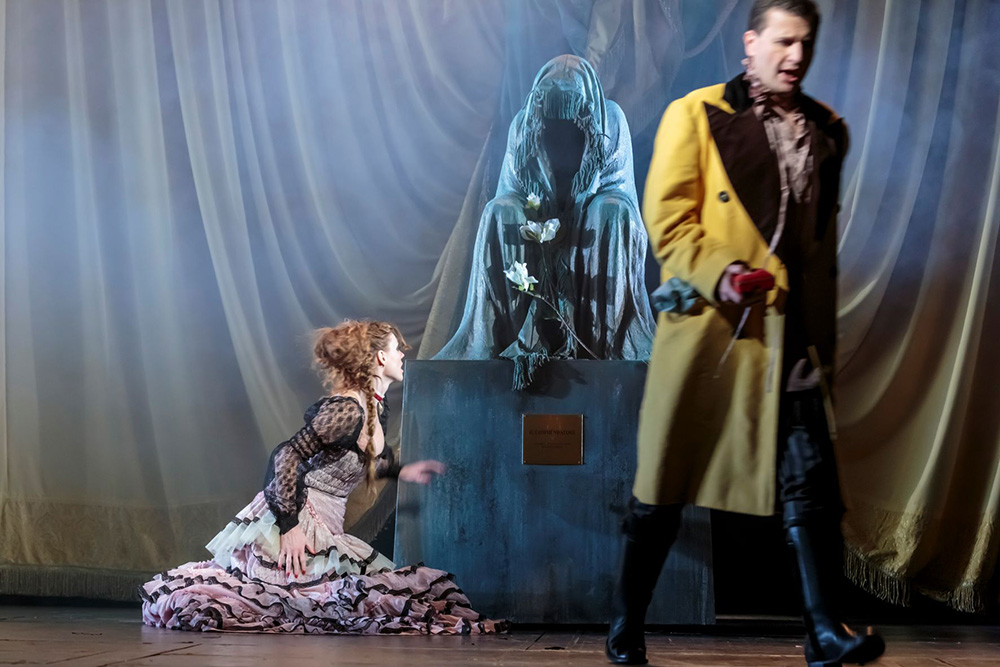