Mozart’s Heavenly Melodies frozen in the Folds of the Cloak

he views of Albert Einstein and the message of the Cloak

In a frank interview, Anna Chromy reveals the thinking and purpose behind the Cloak of Conscience, and relays some startling observations by Albert Einstein on the “third stage of religion”.

WHEN DID YOU CREATE THE IMAGE OF THE EMPTY CLOAK FOR THE FIRST TIME?

I created the Cloak first in 1980 in my painting “To be or not to be”, which depicts the Cloak next to the beautiful body of a naked woman in a Venetian setting. We had just come back from the Festival in my husband’s hometown, Salzburg, where we saw Hugo von Hofmannsthal’s mystery play “Jedermann” and my beloved “Don Giovanni” by Wolfgang Amadeus Mozart, both dramas built around the question of Life and Death. In Everyman it is faith and our good deeds which remain as our legacy to the world; in Don Giovanni it’s the Commander or “Guest of Stone” who teaches Don Juan in his last hour that there is more to life than just possession and a dissolute lifestyle. It was quite easy for me to represent the fullness of life with a splendid nude. But to portray our transition was another challenge. That’s when I imagined the empty garment in a position symbolizing all the worries and sufferings of a long life. It is empty only in appearance, but is filled with our soul, our conscience. 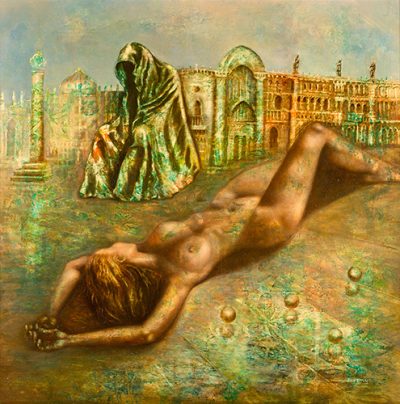 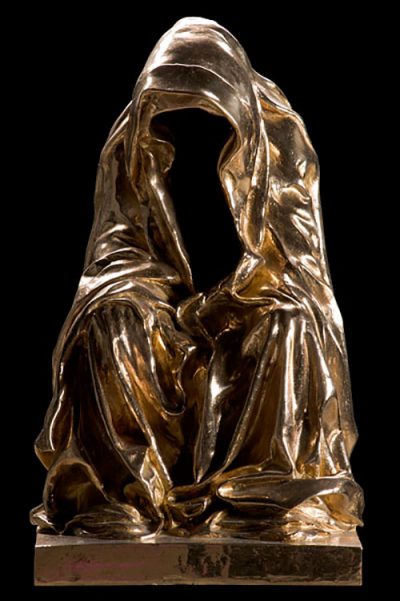 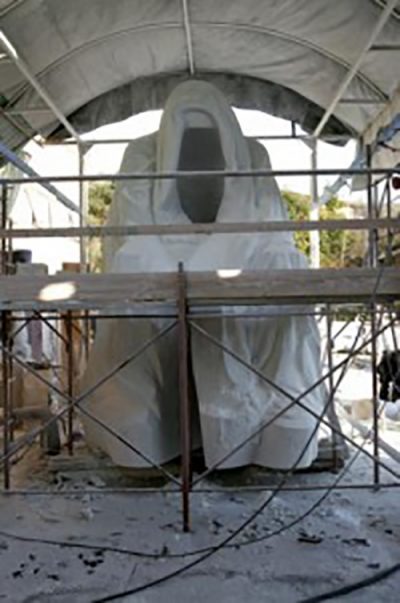 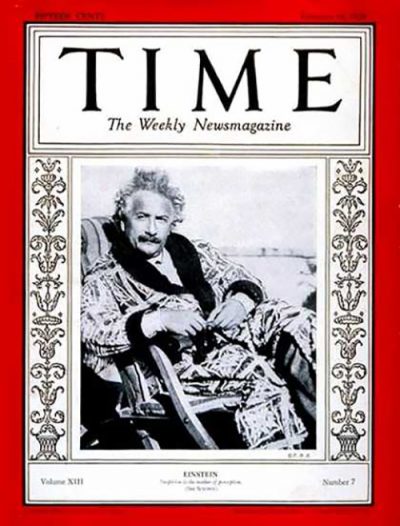 WHEN DID YOU TRANSFORM THE CLOAK INTO SCULPTURE?

It was in 1992, I had just recovered from a serious accident which prevented me from painting for five years, and I decided to try sculpture. It seemed natural to start with the characters of Mozart’s Don Giovanni and so I created, as the first of the series, the Commander. I could never have believed that this sculpture would be so successful so quickly, but it seems that its fascination owes much to the fact that I managed to express my sufferings and my hope for a full recovery. Soon the Cloak in bronze was placed in prominent locations where it became the very image of the “Genius loci”, – the Commander at the Stavovské divadlò in Prague, the Pieta at Salzburg Cathedral, and many others. But all have a common thread – they express a mysterious aspect of our Conscience in preparation for our transition. In his autobiographical essay “The World As I See It” Albert Einstein has expressed his beliefs in such clear and concise form that I would like to borrow some excerpts for my Cloak: “How strange is the lot of us mortals! Each of us is here for a brief sojourn; for what purpose he knows not, though he sometimes thinks he senses it. But without deeper reflection one knows from daily life that one exists for other people…..I have never looked upon ease and happiness as ends in themselves, I call them the ideal of a pigsty. The ideals that have lighted my way…have been Kindness, Beauty and Truth….. The trite objects of human efforts – Possessions, Outward Success, and Luxury – have always seemed to me contemptible.”

As in his science Einstein lived also in daily life under the compulsion to unify. He abhorred all nationalisms, and even during World War I called himself a European. He was a stringent defender of democracy and had a dislike for hierarchy and class differences. And he abhorred “the worst outcrop of herd life, the military system. This plague-spot of civilization ought to be abolished with all possible speed, with its heroism on command and senseless violence”.

WHEN DID YOU PLAN TO TRANSFORM THE CLOAK INTO A SPACE OF MEDITATION?

Since the creation of my first image of the Cloak, influenced by the “Guest of Stone” of Mozart’s Don Giovanni, I had in mind to transform it into a Unifying Symbol, a witness for the best in humanity – our Conscience. One day in 2005 we met with the Abbot of the Holy Convent and Basilica of Saint Francis in Assisi, who had ordered several of my works for his Monastery. On the table stood a small original of my Cloak. Suddenly the Abbot turned to me with the words: “Anna, you know the rule of Saint Francis – in the absence of a consecrated place we should use our own body as a cloak for prayer and meditation -. Would it be possible to create a Cloak large enough to accommodate people to undertake such meditation?” This was for me a sign from heaven. For such a strong symbol only the most precious material would be good enough, the pristine white marble of the Apuan Mountains in Carrara, Tuscany, close to my studio. To make it of unique value I decided that I should carve it out of one single block. It took one year for the news to arrive that in the famous Cave Michelangelo they had been able to find a block large enough to create an interior space for meditation and contemplation.

HOW LONG DID IT TAKE YOU AND HOW DO YOU INTEND TO SPREAD THE MESSAGE?

In this fast moving world it might seem pretentious to undertake a work which needed three years of constant dedication and thousands of hours of man power to create it. But I am convinced that in an age where everything has to be gigantic to be noticed, I had to take this gamble in order to make people listen and trigger their emotions. The Cloak is clouded in mystery and its interior conveys the strange feeling of something we cannot penetrate, an energy that does not belong to ourselves. Once again I would like to use the words of Albert Einstein to explain what I want to achieve with the Cloak: “The most beautiful experience we can have is the mysterious. It is the fundamental emotion that stands at the cradle of true art and true science. Whoever does not know it and can no longer wonder, no longer marvel, is as good as dead”. The Cloak announces a new Era of Conscience, comparable to Einstein’s concept of the third, mature stage of religion, to which he believed mankind is now reaching. Standing in front of the Cloak we feel the “futility of human desires and strive for the sublimity and marvelous order which reveal themselves both in nature and the world of thought.” Asked by the New York Rabbi Herbert S. Goldstein in 1929 if he believed in God, Einstein replied: “I believe in Spinoza’s God, who reveals himself in the lawful Harmony of the World, not a God who concerns Himself with the fate and doings of mankind”.

The Cloak, with its lightly flowing folds in shining white marble, is the physical image of Harmony, harmony between Man, Nature and all Created. Born with the heavenly melodies of Mozart, conceived in the constant presence of Michelangelo’s master works, inspired by the writings of Einstein’s genial spirit, I dedicate the Cloak to the Great Men and Women who have shaped human civilization with their creative and perceptive personalities.